One of the most used commands for FreeSwitch and Asterisk is the originate command. It is an essential feature for dialers, apis and click to call. OpenSIPS is a SIP proxy and theoretically it shouldn’t originate a call. However, OpenSIPS can also work as a B2BUA server. In this article I will show you how to originate calls.

For this lab I have used the same configuration of the SIP training, just added the commands below. The version is OpenSIPS 3.2.

In the first place let’s load and configure the module. Importante below is the parameter server_address. This address will be present in the contact of the call being sent.

You should not authenticate requests coming from your own server. After generating a call using the B2BUA, the module will send a SIP request back to the proxy. This request should be accepted without authentication.

You don’t need anything special on the B2B routes

Now to generate a call use:

As you can see two calls were generated.

In the link below you will see two things. The first is the server sending the call to itself and then to the final destination. SIP reinjected in the routing script. The second thing, in the INVITE you will it does not have an SDP body.  This is allowed and is called Late negotiation or 3PCC. You will see the first SDP in the 200OK and the second in the ACK. For some systems such as FreeSwitch to work with a call like this requires some settings such as enable-3pcc. For the MicroSIP phones worked like a charm. 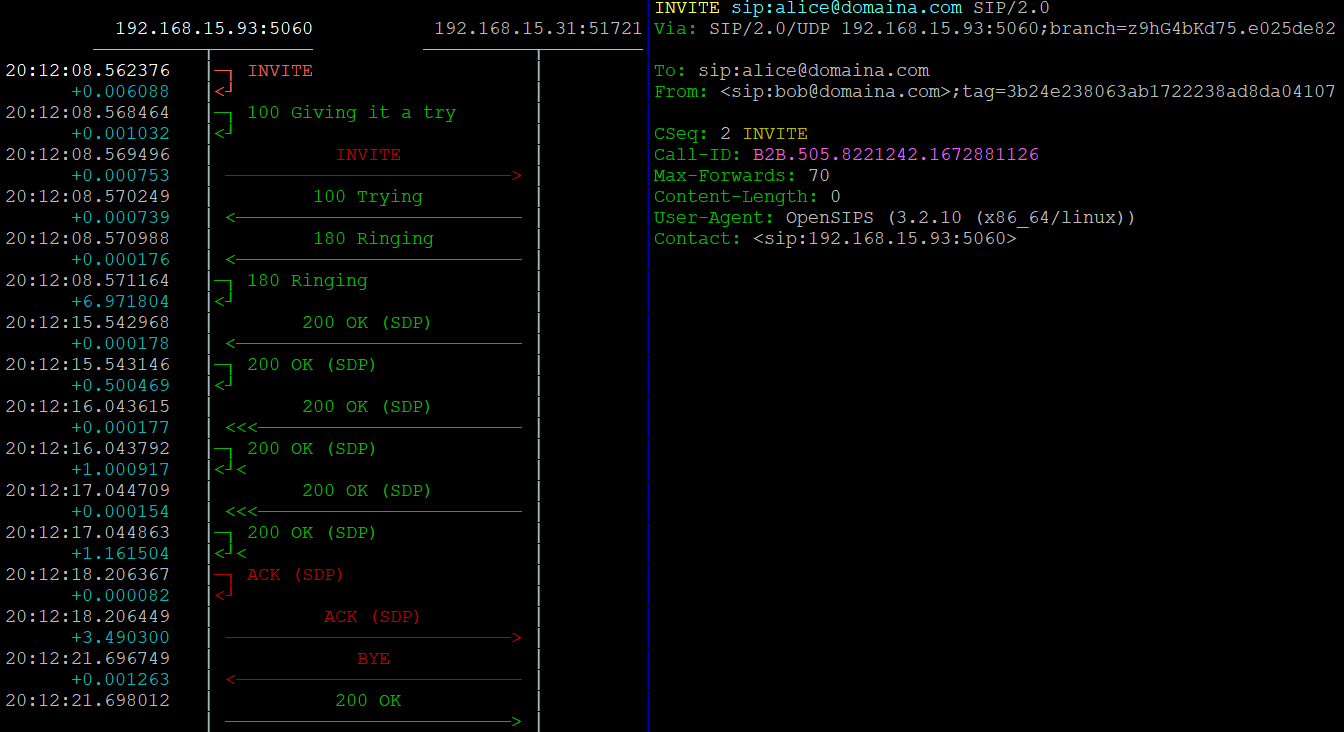 Well, now you now how to generate calls using OpenSIPS. It may be advantageous because by not using media will give you a large scale of dialing.

This article is generating a chapter in the future release of the OpenSIPS Advanced Course. Stay tuned.

If you want to learn more about OpenSIPS, the free course Quick Start to FreeSwitch is a good start.